Lee’s Corner Store, one of Midland County’s oldest businesses, set to reopen in the spring

Lee’s Corner Store, located at 3995 Smiths Crossing Road in the community of Laporte in Ingersoll Township, is one of the oldest commercial buildings in Midland County.

Under new ownership, plans are underway to restore a country feel to the shop and revitalize the surrounding area.

“It has a rich history in this area and a lot of people want to see it operational again,” said co-owner Greg Gilbert. “That’s why we’re taking the time to renovate the building.”

Greg and his wife, Pam, run transmission specialists near the convenience store and decided to buy the store when it became available for sale in April. The building opened in 1874 as Lee’s Corner Store, changing names several times. It served as a general store, butcher, clothing retailer, barber and hardware store over the years.

The store closed as JNK Corners on February 28 this year. Greg Gilbert said the previous owner was just going to condemn the building and let it decay, even though the Gilberts didn’t want that to happen.

At first, the Gilberts saw it as a way to make money on the side, but they soon learned that this store had more to offer. They said many residents around Laporte have expressed interest in reopening the store.

Ingersoll Township Supervisor Kim Heisler said Lee’s Corner is the only convenience store in the township and township officials want to see it reopen. Pam Gilbert added that this was the closest place in the area where they could get snacks for their transmission store, when currently the closest place the Laporte community could go was Freeland or Hemlock.

The Gilberts’ plans are to reopen the convenience store on the lower level of the building, which they plan to do by spring 2023. The store will offer snacks, as well as an expanded kitchen that will make pizzas, subs , burritos, soups and other foods that people can take with them.

Greg Gilbert said much of the store will need to be replaced, including walls, floors, wiring and windows. However, the store’s original look will still be in place, but perhaps more stylish, he said.

As for the upper tier, Greg Gilbert said he and his wife are planning to open a bakery, but the timing depends on the quality of business on the lower tier.

But their plans go beyond the store. The Gilberts have worked with the community on projects to beautify the Smiths Crossing and East Laporte intersection. This includes painting a mural on a building across from the corner store and hosting a Christmas event with a nearby church during the holiday season.

There is green space across from the convenience store, where Pam Gilbert said she plans to add bike racks and picnic tables. Heisler added that the township will help plant a tree and add picnic tables.

The Gilberts also plan to open a saloon-themed party venue in the area, but they don’t have a timeline on that just yet, as they’re focusing on the corner store.

Heisler said another storefront near the corner store had been vacant for a while, but a taxidermy business now operates in the building. He hopes to see that same revitalization of the corner store, rather than seeing it wither away.

“It’s not just them (the Gilberts) buying the store,” Heisler said. “It seems that they have revitalized the group of people who live nearby. Good to see some community pride and wanting to bring this area back to life.

Previous Electric Vehicle Charging Stations Market Size, Scope, Growth, Trends by Manufacturers and Forecast to 2030
Next The Organized Consumer – How to Meet the Growing Retail Trend This Holiday 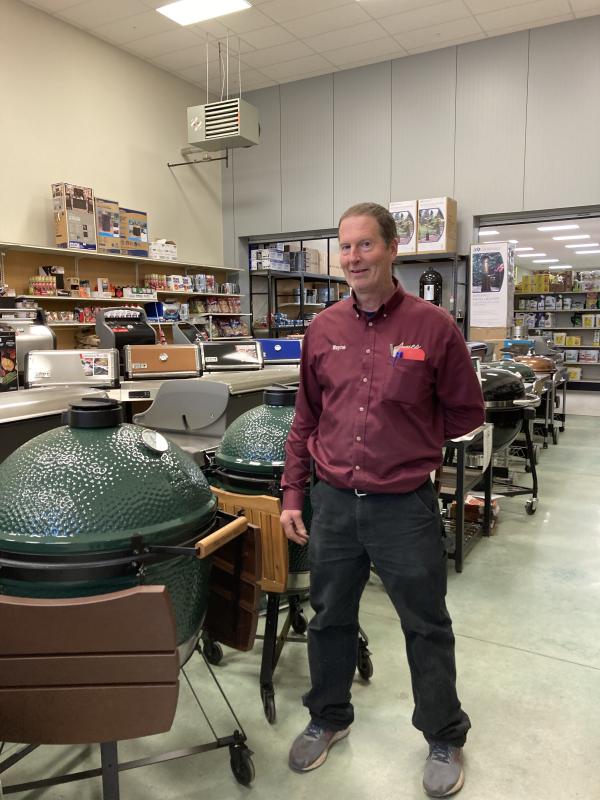 Set your alarm clock to wake up early on Saturday, November 12, because you won’t …